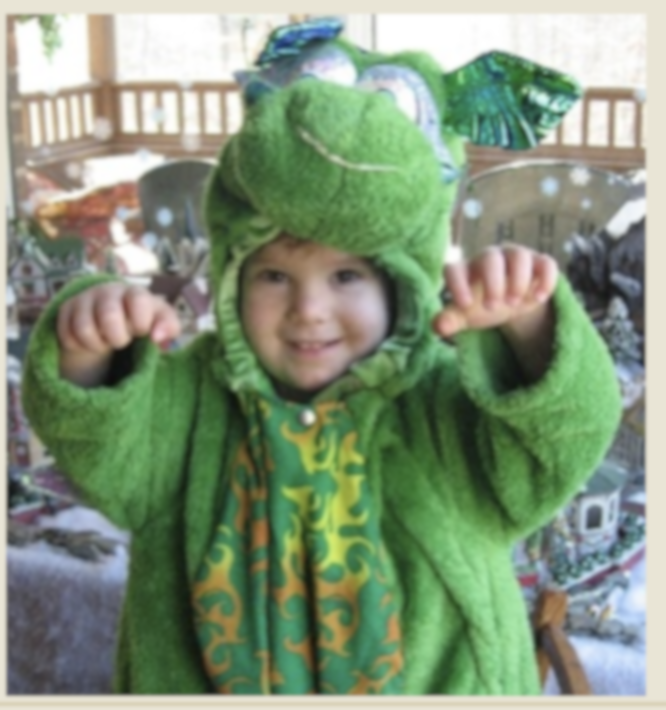 Tips for Navigating the Fearful Stage

This is the sound of a two and a half-year-old running and shrieking down the hallway…at 2 o'clock in the morning.

When I was pregnant with my second child, my first child went through a stage where she routinely woke up in the middle of the night. Oddly enough, her response was not to glance at the clock and think "gee, it's the middle of the night, I should go back to sleep." Rather, her response was a full-fledged, top-of-her-lungs, terrified shriek like Sasquatch had just leapt through her window and tapped her on the shoulder. She would come running for me (like I need Sasquatch in my room.)

Waking up in this manner briefly lodged my heart in my throat and electrified my hair. Frequently, I would waddle-run to meet her in the hall before she kicked open the partially closed door, banging it against the doorstop.  I would sing to her and rest next to her on her twin-sized bed, until she fell asleep (or, more likely, until I woke up an hour later and dragged my weary self back to bed).

This happened night after night after night, and I wondered what to do and if it was turning my unborn child into a nervous wreck. My only experience with monsters had been in my own childhood bedroom. Fortunately for my parents, the monsters that visited me in the dark could only detect motion.  I would play possum, barely daring to breathe until they wandered away in search of live prey that they would certainly swallow up whole. My parents never knew.

WHY MONSTERS?
One day your child is fine with something (closets, bathrooms, the dark) and the next day…not so much. Could she be expressing fear from some recent trauma? Possibly, but unless you know of something traumatic in her life, chances are it is just her imagination kicking in. It's a developmental stage (yay!!) that crops up between 2-3 years and may last several years, though the fears may change over time. There can be triggers, so stay attuned to how your child reacts to stories, games, and television shows, even ones that are not meant to be scary or did not bother her before. Her little mind may have made a frightening connection that an adult would never make.

WHAT TO DO
Conventional wisdom suggests that you calmly reassure your child that monsters are not real. This advice is both rational and useless:

Mother: "Son, monsters do not exist. Darkness is merely the absence of light. Your cerebrum is going through a developmental stage that allows you to envision imaginary circumstances of which you were not formerly capable. Congratulations on reaching this stage. Good night, son."

By all means, show him how shadows work and how they can look menacing even though they are harmless. This can be educational and fun, but if you stop there, you haven't shown him that you understand his fear.

Mind you, I'm not suggesting that you let loose a war cry and leap into his closet with a saber, emerging moments later victorious and covered with exploded ketchup packets. Creative, but problematic.

Connect and empathize: Monsters and ghosts are not real but your child's fear of them is very real. Think about how many adults have irrational fears (a.k.a. phobias): snakes, spiders, heights, crowds, small spaces, etc.
Let him know that everyone has fears and share some of your own from childhood. Stay away from your current, more realistic fears and show him that you outgrew a fear or two. For instance, you are probably no longer terrified of flying monkeys, even if they still creep you out a bit. (Note: do NOT introduce him to The Wizard of Oz if he is going through a fearful stage.)

Empower: My second child (who turned out to be quite calm, thankfully), also eventually became scared of monsters. I empowered him by lying down in bed with him, each of us holding an imaginary monster sling shot. It became a game to spot the monsters on the walls, by the furniture, windows, etc., and nab them! Occasionally I'd shout "not that one! That's a GOOD monster!" thus neatly planting a new thought in his head. After a couple minutes, I'd say "You scared them off! They are all running home to their mommies!" which would make him laugh and feel tough. Then, I told him I had fun playing the game and kissed him goodnight. My hope was that this gently impressed upon him that it wasn't real, without denying his fears. This activity died a natural death after a few months.

You can also use a mister or water bottle filled with anti-monster potion (water). A friend's daughter is currently having success with lavender scented water. Just note that water-crazy kids can ruin wood furniture, cause mildew growth, or wind up with wet sheets (especially if you hear her repeatedly re-filling the water bottle in the bathroom).

In order to empower her, your child must be involved in these games. If she is trembling under the blanket while you go and hunt down monsters, not only has she remained helpless, but you have only lent credence to the idea that monsters exist (when kids are involved, they seem to "get" that it's a game). Don't come crying to me when she hasn't left the house at age 35 because she still expects you to solve all her real and imagined problems.

Reverse roles: This can come in two forms. Depending on your child's age and personality (this may work better with the over 4 set), you can tell him that you will be the little kid and he will be the adult. See how he coaches you through your fears. You might learn a thing or two. Assuming nighttime is when the fears come calling, try this first during the day so that he is not overwhelmed.

The second form of role reversal has been playing out in our home for the past six months. Let your child be a monster. My three-year-old, Rosie, is simultaneously excited and scared by monsters. She was a green dragon for Halloween and loved the power/invulnerability of being a monster. She still sometimes wears this costume, roars, and "scares" us, but will also assure us that she is a "good dragon".
You don't necessarily need a costume. When we went on vacation, she was scared of a monster, and I gave her a flashlight so we could hunt it down. When we couldn't find it, I told her it must have been afraid of HER and run home to his mommy, scared of the "Rosie in the dark". She thought that was a riot and leaned over the dark staircase to roar at the monster and make sure he was super-scared.

Beware the Fearless Child
This stage may manifest itself in different ways. My second son, currently 6 years old, never expressed a fear of monsters or ghosts. He has a self-sufficient attitude and works very hard to be accepted as a "big kid" by his two older siblings. The result is that he internalizes his feelings, and I need to be extra-attentive to his reactions to certain things. When disturbed by a story, for instance, he may walk away, referring to it as "stupid" or uninteresting, in a seemingly indifferent manner. True boredom tends to come on gradually, so a sudden disinterest is an indicator to me that he might be nervous or anxious. The questions he asks and the imaginative stories he tells can also contain hidden fears.

During a private moment, I'll approach him casually about things I think might be bothering him. A casual approach is non-threatening and doesn't create a problem where there is none. Sometimes I guess right and sometimes I guess wrong, but he often responds well to these discussions. Kids who are more subtle about their fears can have their needs easily missed, so pay attention.

Fear: It's a Good Thing
If early man had never developed a healthy sense of fear he would have been trampled by wooly mammoths, eaten by saber toothed tigers, and been hopelessly trapped in tar bogs to the point of extinction. Developing a sense of fear means your child is actively learning about her environment and the dangers inherent in it.  It is a survival trait. She is becoming more aware that there are things beyond her control and this discovery is understandably frightening (you're frightened by things beyond your control, too). Frequently, these fears begin to work overtime and manifest themselves in the form of monsters, ghosts, etc. or more realistic fears such as being lost or kidnapped.
Your mission, should you choose to accept it, is to help your child through this stage to the best of your ability. I hope I've given you a few ideas. Good luck.

A practical article for parents preparing to embark on a road trip with the kids.

How to keep the kids entertained on a road trip and look like a champ doing it.

The Joy of YES

A parenting article encouraging parents to think about the benefits of saying yes to a child's unusual request.

Tips for navigating the fearful stage.

Some common and uncommon parenting tips that don't always deliver as promised.

4 Reasons You Need "Me Time"

Why you need time to yourself & what to do when you can't take it. Take a breath--you can do this!

This article from the Jan 2014 issue of Faces describes the greatly varied geography and climate of Siberia. For children 9-14 years.

"The Legend of the Asmat Drum"

This article from the September 2013 issue of Calliope describes the Asmat people of New Guinea's story of creation and its relevance in their society today. For children 9-14 years.

"The Four 'Seasons' of Texas"

This article from the April 2013 issue of Faces describes the wild weather of Texas, which can be broken down into four rough seasons. For children 9-14 years.

"Gandhi's Spinning Wheel"
This article from the March 2013 issue of Calliope explores the importance of the spinning wheel, both symbolically and in its actual use by Mahatma Gandhi and his followers, as they led India toward independence. For children 9-14 years.
Loading…}